The endocrine system is a network of glands that produce hormones that control many body functions. Functions like your body’s ability that changes calories into energy that powers the cells and organs. The endocrine system controls how your heart will beat and how your bones and tissues grow. It will decide whether or not your body will develop diseases like diabetes, thyroid disorders, growth disorders, sexual dysfunction, and other hormone-related disorders. It is important to keep your endocrine glands healthy because hormonal imbalance can be catastrophic.

Acromegaly is a growth disorder caused by too much growth hormone production by pituitary glands leading to excessive growth.

Addisons disease is also an endocrine disease or disorder which is caused due to less production of hormone by adrenal glands. The Symptoms include weakness, fatigue, abdominal pain, nausea, weight loss, darkened skin, salt craving, dizziness, and depression.

Like other endocrine diseases, Adrenal cancer also falls in endocrine disorders. It produces tumors which grow year by year. Its symptoms are abdominal pain and flank.

Another endocrine disease is goiter in which the thyroid gland becomes abnormally large due to overactive or underactive thyroid glands. The symptoms are the deficiency of iodine in your body.

The grave disease also can be explained with reference to endocrine diseases as it causes the thyroid glands to produce too much hormone which also called hyperthyroidism.

Turner syndrome is also caused by the endocrine system disorders or diseases in which the person lack one of the female sex chromosomes that causes the range of complications including stunt growth and development. More chances of heart problems and kidney malfunctions can also be caused.

Thyroiditis is another endocrine system disease that is caused when the immune cells attack the thyroid glands instead of protecting them. This leads the thyroid glands unable to produces the hormone. So, this condition can also cause a wide range of problems. 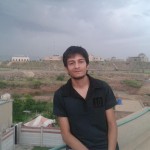 You may have missed

Benefits of lemon﻿ – Healthy and useful